Hello and welcome to the sixth edition of Last Week In PlayStation, the weekly PlayStation newsletter here on platyview.com.

Another edition of Last Week In PlayStation and another week with a splattering of bite-sized PlayStation news stories. There is still no word about a PlayStation Summer Showcase, with rumours suggesting it could occur anytime between the next few weeks and the fall season.

Regardless, there is a lot of stuff to get through this week, so without further ado, here is what went down in the world of PlayStation last week.

He's only gone and done it. Norman Reedus, who played Sam Porter Bridges in 2019's Death Stranding, has quite possible revealed the existence of a  sequel. Speaking in an interview with website Leo Edit, Norman Reedus is asked about Death Stranding, to which he responds, "We just started the second one."

He then goes on to explain how he first met Hideo Kojima, citing famed film director Guillermo del Toro as the man who brought them together to work on Silent Hills- the much-anticipated game that never came out.

Norman Reedus then concludes this seemingly nonchalant tease of Death Stranding 2 by saying, "It took me maybe two or three years to finish all the MoCap sessions and everything. It takes a lot of work. And then the game came out, and it just won all these awards, and it was a huge thing, so we just started part two of that."

But there is more. Four days after the interview was published and just a day after the games press picked up this story, Kojima seemingly acknowledged the leak, and by doing so confirmed the sequel's existence.

Kojima's tweet is captioned, "Go to your private room, my friend', seemingly playfully teasing Reedus for leaking Death Stranding 2. The tweet contains 3 images: one of Kojima holding a spiked club, one of Kojima about to hit Reedus with the club, and one of Kojima and Reedus happily smiling for the camera- showing the two friends had made up.

This apparent acknowledgement of the leak from Hideo Kojima seemingly confirms that what was said is true, meaning a Death Stranding sequel of some sort is in development. This was expected, however. The first game was a critical and commercial success, aided by its release on PC. Sony also owns the IP, so with the brunt of their financial backing behind the game, a sequel's development wouldn't be hard to start.

Death Stranding 2 is on the way, but we probably won't see it any time soon.

PS Plus Classic Games Can Have Trophy Support, But Must Be Implemented By Developer

When Sony announced it was bringing classic games from previous generations to the highest tier of PlayStation Plus' new revamp, the cynics among us expected the most bare-bones of offerings. Just the original games, and only available if you subscribe to PS Plus Premium. But, turns out it is not so bare-bones after all.

When Sony revealed some of the game catalog on Monday last week, they noted that some classic titles will be available for standalone purchase on the PS Store. They also stated that some games will have improved frame rates and higher resolutions, as well as save states and rewind features to improve user experience. Not bad.

But more details have now emerged, such as developers will have the option to add trophy support to their class games, while some games may even come with their online multiplayer modes intact and playable.

PushSquare reports that a tweet from Sony-owned Bend Studio confirms that 'Syphon Filter will include trophies when it arrives on the all-new PS Plus'. Bend Studio go on to note that players can also earn a Platinum trophy in the game. This is great news for players who love the trophy metagame.

And yes, you can earn the Platinum too. 🏆 pic.twitter.com/uCeE2diz99

PushSquare also note that trophy support is likely something that must be implemented by the developer, and considering Bend Studio is a first-party team, 'it makes sense for it to go the extra mile'. We will likely see more of PS Plus' class games get trophy support, but don't expect them all to.

This is by far the best news story from last week. IGN reports that modder Omega Fantasy has modded God of War on PC to replace the iconic PlayStation father-son duo with an iconic one from television: Homer and Bart Simpson.

But that's not it, because this mod doesn't only swap out character models, it also 'features new dialogue and voiceover work'. IGN notes that 'the mod also replaces The Stranger with everyone’s favourite Hi-Diddly-Ho Neighborino, Ned Flanders'. The mod can be viewed in action here.

This is incredible work and is one of the cool benefits of getting PlayStation games on PC. Now it's time to replace Nate, Elena, Sully, and Sam without another hilarious and iconic group from television. I know this new story isn't the most important, but it was too funny to leave out of the headlines.

Okie Dokie, back to the actual news now. Well, not really news, more like another spin of the rumour mill.

Destructoid reports that speaking on the Kinda Funny Gamescast podcast, journalist Jeff Grub 'noted that he was “pretty confident” that a Last of Us remake is already pushing completion, and is likely to launch in the 2022 holiday season'.

Destructoid also notes that 'Grubb’s estimation matches that of fellow leak machine Tom Henderson, who has also previously speculated a Holiday 2022 launch on the PS5 platform.'

The Last of Us Remake, while not yet officially confirmed, is an open secret. It was first hinted at in a Bloomberg report in early 2021, and ever since, other bits and pieces of information have trickled out regarding the remake.

Many are still not sold on a remake of a 2013 game that was previously remastered for PS4, and rightly so. But on the other hand, many are excited to re-experience one of PS4's very best games with The Last of Us Part II's updated and modernised gameplay mechanics and visuals.

If anyone can make this remake worth it, it's probably Naughty Dog.

Insomniac Pledges $50,000 To Abortion Fund, PlayStation To Match The Donation

Following Jim Ryan's controversial email in which he urged employees to respect each other's opinions on abortion rights and then seemingly went on to talk about his cats, Nathan Grayson from The Washington Post reports that Sony-owned studio Insomniac Games 'plans to donate $50,000 to the Women’s Reproductive Rights Assistance Project'.

This is 'according to an internal email sent May 13 from Insomniac CEO Ted Price' allegedly viewed by The Washington Post. Sony Interactive Entertainment will reportedly 'match the donation, along with donations from individual Insomniac employees if they make them via the company’s PlayStation Cares program'. The report also notes that Sony plans to provide financial assistance to employees who may require travel to other states within the US to seek reproductive care.

However, Insomniac is not allowed to make any public comments about its donations. The studio's CEO Ted Price reportedly explains to employees in an email that 'the studio sent a “near-60 page” document' to PlayStation leadership urging them to "do better by employees who are directly affected". Price notes that if Insomniac were to disobey Sony's orders, their attempts to instigate change would 'be stopped dead in its tracks' and the studio may "be severely restricted from doing important public-facing work in the future".

It is a shame to see a studio shackled in its ability to comment on real-world issues, but it is a relief to see Insomniac allowed to make donations to a cause it supports, even if these donations are shrouded in secrecy.

And that's a wrap on all the PlayStation news from last week. Subscribe to the email newsletter to never miss your weekly dose of PlayStation news, and until next Monday, take care!
Labels: Last Week In PlayStation News PlayStation
Nandan Patil
Just a guy writing about video games. Also on Medium at platyview.medium.com. 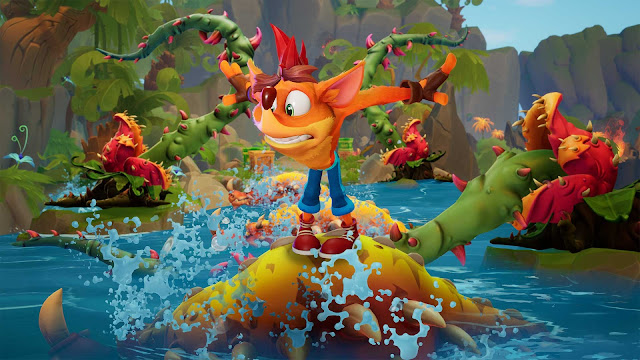