Hello and welcome to Last Week In PlayStation, a brand new weekly series here on platyview.com.

So without further ado - because I have never written a piece like this before and don't know how long this will take - here is what went down in the world of PlayStation last week.

Early last week, Epic announced that an investment of $2 billion was being poured into the company. Half of this money comes from KIRKBI -  the holding company of The LEGO Group, which only a few days before the news of this investment dropped, announced it was teaming up with Epic Games to 'build a place for kids to play in the metaverse'. What I want to know Tim Sweeney, is when are we going to see LEGO characters in Fortnite?

In Epic's press release, Sony's President and CEO Kenichiro Yoshida says the investment is to 'deepen our relationship in the metaverse field'. Yoshida also notes that the combination of Epic's powerful game engine [Unreal Engine] and Sony's technologies will accelerate 'the development of new digital fan experiences'.

It is clear that Sony seems immense potential in Epic Games, and especially in the technology behind Unreal Engine. This investment seems to be both Sony simply putting its funding behind a successful company and securing a closer partnership with Epic, possibly aiding PlayStation Studios in their use of Unreal Engine to develop games.

This move will have no noticeable impact on the everyday PlayStation gamer but shows deepening ties between Sony and Epic Games. Expect to see more such investments in Epic over the next few years.

The rumour mill got churning earlier this week when a user on ResetEra spotted that the PlayStation Studios webpage had been updated with a banner that included Sam Porter Bridges from Death Stranding. This position on the banner was earlier occupied by Ash from Pixelopus' Concrete Genie.

This led many to speculate that Kojima Productions may have been acquired by Sony, as PlayStation does have a history of accidentally revealing acquisitions early. When Housemarque was acquired by Sony in July of last year, the PlayStation Japan Twitter account accidentally put out an image that said 'Welcome to the family Bluepoint Games'. The tweet was deleted and Sony was silent on the situation, but it was obvious Bluepoint was about to be acquired. And sure enough, a few months later this was officially confirmed.

Stirring the rumour pot even further, Kojima then retweeted said image, only to quickly tweet out a clarification on this matter.

However, I still think it is weird that Death Stranding was added to the banner. All the games on it are developed by first-party teams, and Sony should've known this change would've led everyone to believe the studio was being acquired.

Alas, the situation stands resolved and clarified from the horse's mouth itself. But with the close relationship between PlayStation and Kojima Productions, I wouldn't rule out an acquisition taking place in the future.

Legends has been updated with new game modes and content since release, with the base game also receiving DLC in the form of the Iki Island expansion, which launched in August of last year.

But now, a year and nine months after its release, post-launch support for Ghost of Tsushima and its Legends multiplayer mode has come to an end.

As reported by PlayStation Lifestyle, this news comes in form of a note from the developers at the end of the latest set of Ghost of Tsushima patch notes. Patch 2.18 is a routine one with bug fixes and quality of life improvements.

But slipped in at the end is a note that the developers 'aren't actively working on any additional patches at the moment'. Instead, they will 'continue to monitor feedback' for any 'high priority bugs or issues that emerge'. The devs then proceed to thank the community for the support on both Ghost of Tsushima and the Legends multiplayer mode.

Ghost of Tsushima has had excellent post-launch support, especially for a narratively driven single-player experience. Legends' quality was an unexpected surprise, and many consider it to be even better than the base game.

Sucker Punch can now commit their resources to Ghost of Tsushima's sequel, and I can't wait to see what they do with this wonderful world next.

Looks like Sony's push into TV and film is moving along nicely, and I am excited to see how this movie turns out.

Last week brought us back to the debate of day 1 game releases on subscription services like PS Plus and Xbox Gamepass. VGC reports that speaking on the Xbox Expansion Pass podcast, Oddworld creator Lorne Lanning said that Oddworld Soulstorm's day 1 launch on PS Plus was 'devastating' for the game's sales.

As noted by VGC, Lanning explains that the game was downloaded 4 million times from PS Plus, a far cry from the 100,000 downloads the studio had predicted, meaning many potential sales were lost. Speaking on the podcast, Lanning describes putting games on subscription services at launch as a 'double-edged sword'.

On one hand, developers get paid upfront for their game to launch on a subscription service, meaning guaranteed money even if the game flops. But on the other hand, the opportunity for higher sales is lost when the game comes free with your monthly subscription. Developers have to walk a thin line between getting guaranteed income but lower sales or banking on the game's quality to draw in a large number of a-la-carte sales.

For indie devs, this is even tougher, because a failed game can mean the end of game development for the team.

Sony To Warn Users Of Unused Or Accidental Subscriptions

Sony will now take action to ensure that unused or accidental subscriptions are cancelled. As reported by VGC, Sony will get in touch with PS Plus subscribers who still have an active subscription but haven't been using it for an unspecified duration of time, and guide them on how to cancel their subscription.

If users still don't cancel their subscription and continue not to use it, Sony will halt payments until usage of the service begins.

These changes come following an investigation by the UK's Competition and Markets Authority (CMA) into online subscriptions, which earlier this year, got Microsoft to start similar practices. Along with Sony, Nintendo is also putting into place such measures.

New Details On The Last Of Us HBO Show Emerge

A GQ interview with Pedro Pascal reveals some new details about the upcoming The Last of Us HBO show.

As it turns out, Pascal - who plays the role of Joel Miller - has not played the game whose TV show adaption he is starring in. He explains how he tried playing The Last of Us, but wasn't able to continue doing so due to the lack of necessary skills, most likely experiencing difficulties in using a game controller.

Pascal also notes how he watched his nephew play some parts of the game but kept a healthy distance from it going forward as he wanted the character development on the show to be in the hands of its writers.

When asked how closely the script sticks to the game, Pascal explains that it 'creatively honours what is important and preserves what is iconic to the experience', while also going in 'directions that you would and would not expect'.

And that is all for this week's edition of Last Week In PlayStation.
If you did enjoy and want to stay up to date on all the relevant PlayStation news, consider subscribing to this newsletter. It is completely free of charge and delivers each week's newsletter to your email address so you never miss out on whatever weird thing Jim Ryan is trying to do to the PlayStation ecosystem going forward. 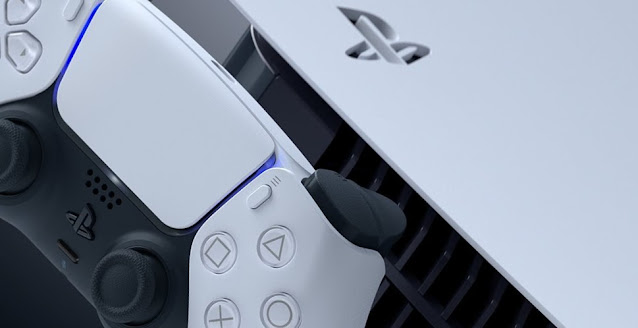