5 Takeaways From The PlayStation Store's Most Downloaded Games Of 2021 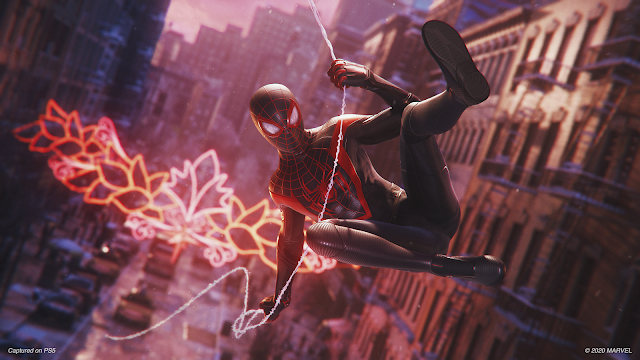 It should be noted that these lists aren't an accurate representation of a game's sales. However, it does give us a rough idea of how a game is performing on PS5 and PS4.

That said, here are five key takeaways from the PlayStation Store’s most downloaded games of 2021…

Usual Suspects At The Top

Take a look at the top of each platform chart and you’ll find the usual suspects.

On PS4, Grand Theft Auto V took 1st place in the US/Canada, with Call of Duty: Black Ops Cold War in 2nd. In Europe, FIFA 22 took 1st place yet again, with Grand Theft Auto V having to settle for 2nd. Minecraft swept 3rd place on both sides of the Atlantic. The widely popular NBA 2K 22 was only 4th in US/Canada, with FIFA 21 securing that spot in Europe. It was an all Activision 5th row, with Call of Duty: Vanguard and Call of Duty: Black Ops Cold War securing 5th place in the US/Canada and Europe respectively.

Even though the PS5 and PS4 charts don’t perfectly mirror each other, the same games still make up the top 5. EA and Take Two’s sporting goliaths are up there as usual, accompanied by Activision’s Call of Duty series. The two best-selling games of all time — Minecraft and GTA V — are also present, most likely spurred on by their thriving online communities.

We, the core gaming community, like to criticize annualized sports games and shooters for their poor quality, buggy releases, microtransaction riddled stores, and copy-paste content, but the hard truth is that none of that matters because these games will continue to sell millions of copies each year. Take a moment to acknowledge the sheer size and scope of the audience that a company like EA and Activision have gathered due to their games. We may not like these publishers’ business practices very much, but their continued financial success every year is undeniable.

The story of the expected continues when we take a look at the PS VR and Free-to-play charts.

On the PlayStation VR, Beat Saber war number 1 for the third year running, Job Simulator war number 2, and SUPERHOT VR was number 3 in both the US/Canada and Europe.

Another Solid Year For PlayStation Studios

PlayStation’s team of first-party studios has been the industry leader in high-quality single-player games during the last generation. This was even more apparent due to the lack of output from Xbox Game Studios during the Xbox One’s life cycle. But with Microsoft’s recent acquisition spree in the form of ZeniMax Media and Activision Blizzard, they are showing clear intent this generation, and with Halo Infinite and Forza Horizon 5, Xbox released two of 2021’s biggest games.

But if these charts are anything to go by, then Sony should walk out of 2021 content with its achievements.

Insomniac’s PS5 exclusive Ratchet & Clank: Rift Apart charted 6th in US/Canada and 14th in Europe. Another first-party PS5 exclusive, Housemarque’s Returnal, was 19th in the US/Canada region. Returnal is a brutally difficult roguelike shooter, so even sneaking into the lower reaches of the list is a job well done from one of PlayStation’s more niche first-party games.

From not even charting in 2020, to 8th in the PS5 and 9th in the PS4 charts for the US/Canada region — MLB The Show 2021 rounds out the year with a bang. This is proof that despite releasing simultaneously on Xbox — not to mention a launch day Xbox Gamepass inclusion— the game’s PlayStation sales have not been majorly impacted. This is good news for Sony and means that one day we might see first-party PlayStation games launching day and date on PC.

You might have noticed one particular PlayStation game missing from the section above — Marvel’s Spider-Man: Miles Morales. This is not because the game had a lacklustre year, quite the opposite. Insomniac’s late 2020 spin-off had a 2021 to remember.

Many fans criticized Sony’s cross-gen approach to new game releases at the onset of the PS5’s launch in November 2020, saying that people wouldn't buy the new console if new games were also released on the old one. And while the argument about old hardware holding back how far a game can go in its creativity and scope is valid, Miles Morales shows, that from a purely financial standpoint, cross-gen releases are working wonders for Sony.

In hindsight, getting Insomniac to make a Spider-Man game in 2018 looks like one of the best decisions Sony has made in the past generation. Purchasing them in 2019 and getting a second, albeit smaller spinoff, Spider-Man game out of them in 2020 was a brilliant move.

I wouldn't be surprised if Miles Morales is selling more PS5s than PS5-exclusive games like Ratchet & Clank: Rift Apart, Demon’s Souls, or Returnal. And I certainly won't be surprised if the upcoming Marvel’s Spider-Man 2 breaks sales records for PlayStation’s biggest game launch ever.

2021 had some really good AAA games. But 2021 also had some AAA games that were released in buggy, broken, and unfinished states. It’s disappointing to see such big publishers release games that are not up to the mark, especially when they are charging full price for them.

EA and DICE’s Battlefield 2042 had a rocky launch, with issues such as poor optimization, buggy hit registration, and server issues, amongst other core gameplay concerns. Grand Theft Auto: The Trilogy- The Definitive Edition was a hot mess at launch, with Rockstar even having to remove the PC version from its storefront. Then there is Konami’s eFootball 2022, a title that was supposed to take the Pro Evolution Soccer experience and make it free to play, finally serving up an actual competitor to EA’s dominant FIFA series. But the game launched with broken ball physics, bugged-out character models, and almost no content.

I think these games charting shows that there is a real demand for such titles. Gamers out there want a new Battlefield experience, they want to be able to play old GTA classics on their latest machines with touched up visuals, and they want a solid football experience other than FIFA. If only these companies just delivered decent and playable games, everyone would be happy. Instead, they face frustrated communities who are losing faith in the people who make the games they love.

2021 was a great year for indie games and they seemed to have good commercial performances as well.

Hit social deduction game Among Us was only released on PlayStation platforms in December but features prominently on the download charts. It was the 13th and 6th most downloaded PS5 game in the US/Canada and Europe respectively. It featured on Europe’s PS4 charts too, slotting in at 19th. Among Us was already a massive success on mobile and PC, but it's nice to see the small team that made this game get the popularity they deserve across PlayStation platforms too.

The Game Awards’ 2021 game of the year winner It Takes Two also found its way into the charts. Hazelight’s coop adventure was the 16th most downloaded game on PS5 in the US/Canada. A ‘most downloaded’ list isn’t the most representative of game sales, and even more so in the case of It Takes Two, due to the game’s ‘friend’s pass’ — a system that allows someone who has bought the game to invite another person to play online coop with them. This may have skewed the number in It Takes Two’s favour, but it's still nice to see so many people get to experience such an acclaimed game.

It Takes Two and Kena: Bridge of Spirits were funded and published by EA and Sony respectively, which does make it harder to call them true indies. But their success, for games made by relatively small teams, is commendable.

2021 was a great year for games. And it looks like everything from annualized shooters like Call of Duty to creative gems like It Takes Two found some success of their own. Which game on these charts do you think did better than expected? And which game failed to meet expectations? Let me know in the comments below.