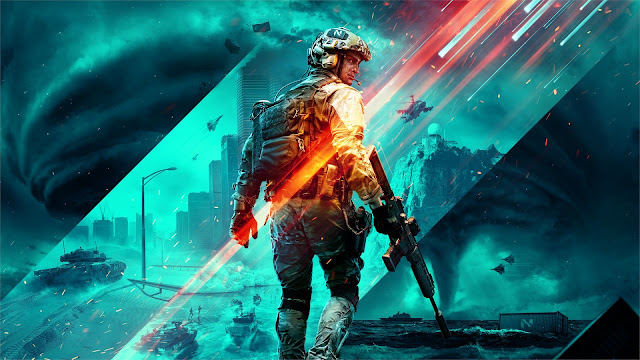 As dawn rolls around on November 1st, Halloween decorations are illuminated in the dying light of the moon as it gently folds back into yesterday. Wisps of wind sweep away remnants of last night's festivities.

Soon the month is filled with the sound of cars revving over the horizon, their engines a battlefield of metal and oil. Duty calls the daily worker, and as the sky clears up, the month becomes an exhibition of beauty and serenity.

With that out of the way, here are November 2021's biggest games... 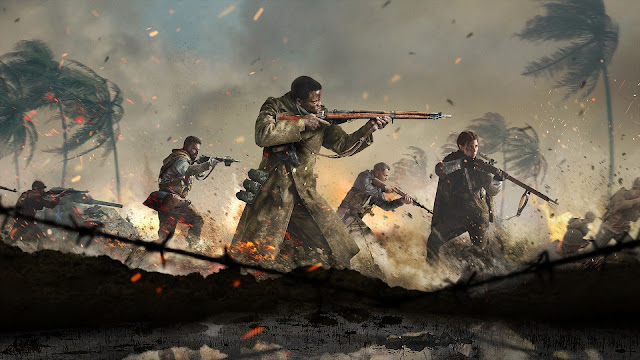 I was contemplating relegating Vanguard to the lower fathoms of this list. Activision's Call of Duty franchise has been churned out on a yearly basis since the series' second entry in 2005. To call them copy-pasted versions of previous entries would be a tad bit too harsh, but it's clear that Activision, while pouring all their time and energy into this series, isn't delivering the goods from a quality and critical standpoint.

Yet each and every year Call of Duty sits at the pointy end of the year's best selling games, only to be occasionally stood up by EA's goliath FIFA series. The impact that these games have on the industry, with their almost machine-like success, is too big to ignore. They may not be liked by all, but they sure are bought by almost all.

Developed by Activision-owned Sledgehammer Games, whose last game as the lead developer was 2017's Call of Duty: World War II, this year's entry transports players back to the war-torn world of the mid-1900s. Featuring a campaign that shows war on four different historical frontlines, the game aims to bring to light the story of special forces units as they try to shift the tides of chaos.

Alongside the campaign are the multiplayer and zombies modes. The game's multiplayer is slated to launch with 20 maps and various game modes. In addition, Vanguard follows the lead of 2020's Back Ops Cold War, and 2019's Modern Warefare in offering an integrated progression system with the franchise's ever-popular battle royale spin-off, Call of Duty: Warzone.

The game has seen a troubled development cycle, and fans of the series will hope that this year's entry can hit the ground running. Call of Duty: Vanguard launches on the 5th of November for PS4, PS5, Xbox One, Xbox Series X|S, and PC. 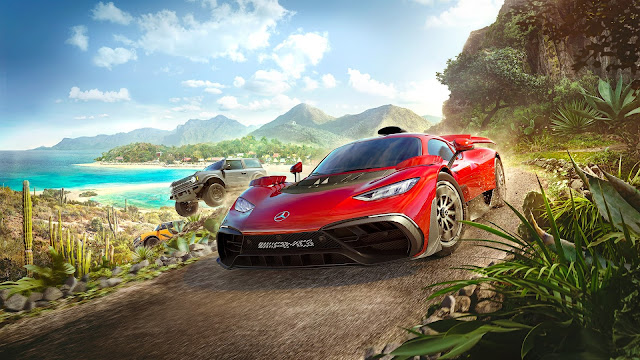 While not as historically renowned or relevant as PlayStation's Gran Turismo, the Forza franchise has seen a massive boom in popularity over the past console generation. Split between studios Turn 10 and Playground Games, the franchise has seen six entries since the launch of the Xbox One in 2013.

Redmond, Washington based Turn 10 Studios works on the mainline Forza Motorsport games. These are traditional simulation-based racers, in which players compete in professional-style races across various tracks. On the other side of the Atlantic Ocean is British studio Playground Games, the team responsible for the Forza Horizon games. The Horizon sub-series is more of an arcade racer set in massive, gorgeous open-worlds, and centred around a music festival. It may seem like an odd premise but Playground's efforts have been instrumental in the franchise's success as a whole.

Set in Playground Games' jaw-dropping rending of Mexico, Forza Horizon 5 is the latest entry in the series. The game's open-world is set to be nearly 50% larger than Forza Horizon 4's. Mexico's vast and unique landscape is also set to be harnessed. The game will feature the highest point in the series so far, along with a new weather system with sand storms and rainstorms that can be seen across the map.

This ode to the historic car culture of Mexico zooms onto the Xbox One, Xbox Series X|S, and PC on the 9th of November. As always with an Xbox first-party title, it arrives day 1 on Gamepass.

The Battlefield name has been around since 2002. Developed by EA DICE, the series puts a great emphasis on large scale online battles between tens of players. The latest entry in the series, Battlefield 2042, takes us into a future where war looms amid climate and environmental devastation. It paints a serious picture of a very possible future, as DICE tries to create a setting to play host to its classic gameplay formula.

With its near-future setting, Battlefield 2042 features high-end tech and gadgets for players to mess around with. Drones and turrets bring about a new level of strategy to the chaos as players commandeer everything from tanks to helicopters in an attempt to clear out the enemy. Battlefield's signature 'All-Out Warfare' mode will have a capacity of 128 players on next-gen consoles and PCs, while last-gen consoles will have to make do with a cap of 64.

Controversy has never been too far away from this game. The announcement that the game would not feature any single-player campaign infuriated fans that felt as if the full price of 70 US dollars was too much for a solely multiplayer title. Furthermore, the recent open-beta was plagued by technical issues like buggy physics and gameplay mechanics. While DICE reiterates that the build was a few months old, there is every reason to worry about another Cyberpunk-style debacle.

With Call of Duty releasing at the start of the month, and Halo in early December, it will be interesting to see how this year's FPS showdown goes. Battlefield 2042 rumbles onto PS4, PS5, Xbox One, Xbox Series X|S, and PC on the 19th of November.

Ubisoft's annual dance party is back with its rhythm and motion-based dancing. Just Dance 2022 slides onto PS4, PS5, Xbox One, Xbox Series X|S, Nintendo Switch, and Stadia on the 4th of November.

Sega's management simulation game Football Manager 2022 coaches onto Xbox One, and PC on the 9th of November.

Floating steampunk city-builder Airborne Kingdom huffs and puffs into our hands on the 9th of November for PS4, PS5, Xbox One, Xbox Series X|S, and Nintendo Switch following its initial launch on PC late last year. 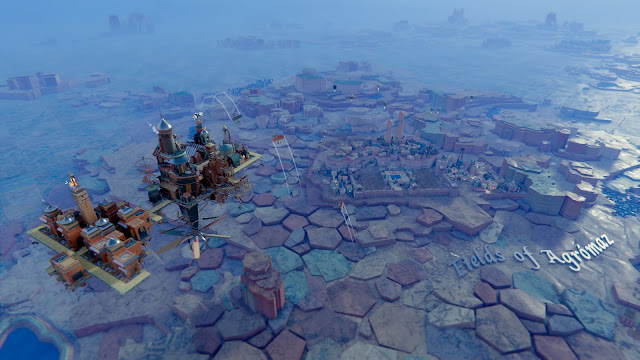 The Elder Scrolls V: Skyrim Anniversary Edition is yet another re-release of Bethesda Game Studios' behemoth 2011 RPG. Everyone will have the opportunity to buy the game for either the first, second, third, fourth, fifth, sixth, or even seventh time when it releases on the 11th of November for PS4, PS5, Xbox One, Xbox Series X|S, and PC. Big up Todd Howard, you've done it again!

OG and one time Xbox exclusive RPG Star Wars: Knights of the Old Republic from 2003 gets ported to the Nintendo Switch on the 11th of October.

In recent years, the long-running Shin Megami Tensei JRPG series has been overtaken by its spin-off series Persona. While the Persona team at Atlus is flying high off the massive success of Persona 5 and its Royal re-release, the SMT team has a lot to prove when Shin Megami Tensei V arrives on November 12th exclusively for the Nintendo Switch. 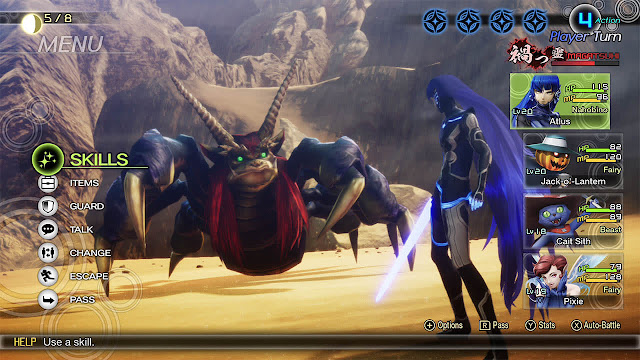 Detective mystery game Sherlock Homes: Chapter One begins the mind games on November 16th for the PC, PS5, and Xbox Series X|S. Last gen versions are scheduled for sometime in 2022.

Microsoft Flight Simulator: Game of the Year Edition lands on Xbox Series X|S, and PC on the 18th of November.

Pokemon Brilliant Diamond and Shining Pearl are remakes of the 2002 Nintendo DS originals. While maintaining the same core gameplay, the remakes bring with them a whole new visual style much akin to 2019's Sword and Shield. Whip out your pokeballs when the pair launches exclusively for the Nintendo Switch on the 19th of November.

Massively popular MMORPG Final Fantasy XIV gets its fourth set of DLC in the form of the Endwalker expansion pack. While I myself do not know much about this game, the excitement generated by its fans is almost palpable. The expansion drops on the 23rd of November for PS4, PS5, and Mac and Windows PCs.

Indie delight Death's Door was received with great critical acclaim when it launched on the Xbox family of consoles and PC. Many more players will be able to experience Acid Nerve (dev) and Devolver Digital's (pub) Zelda-esque adventure when it rolls onto PS4, PS5, and Nintendo Switch on November 23rd. 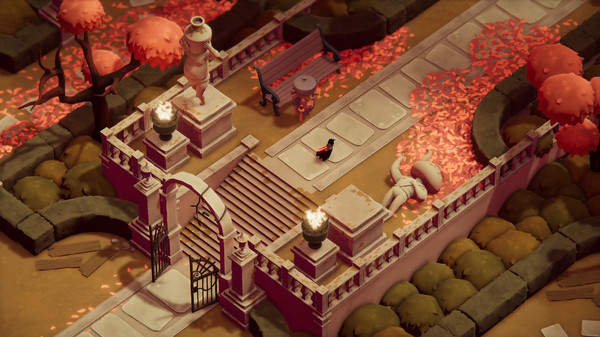 And that's a wrap on the biggest, along with many other, videogames releasing next month. Which one of November's games are you most looking forward to? Sound off in the comments below.