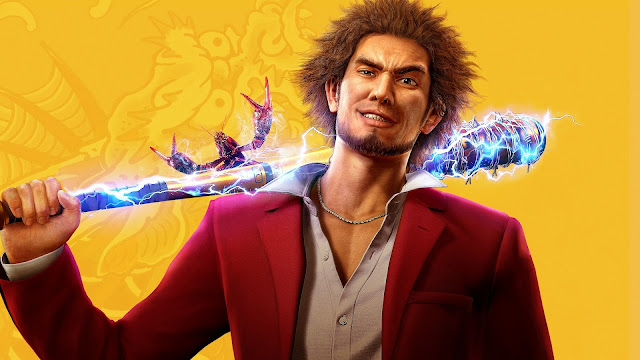 With the start of a new month comes the start of a brand new sale. The Essential Picks promotion arrives on the PlayStation Store, along with up to 80% off on a selection of more than 150 games.

All the prices below are in USD, and the games are listed in alphabetical order.

Here are some of the best offers from the PlayStation Store Essential Picks sale... 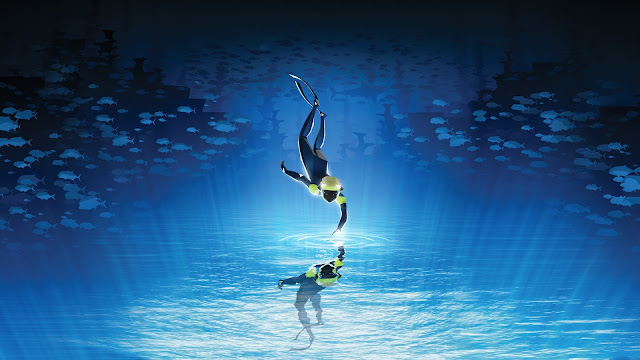 Gorgeous indie underwater exploration game Abzu, which manages to fit thousands of fish on screen at a time, gets a whopping 75% price cut to $4.99.

Sprawling open-world Viking action RPG Assassin's Creed Valhalla Deluxe Edition is 45% off at $43.99. The Deluxe Edition includes the base game, and a few bonus gear sets. While the add-ons are nothing to write home, if you are interested in the game then buying this edition at a discount is still cheaper than the full-priced standard edition. 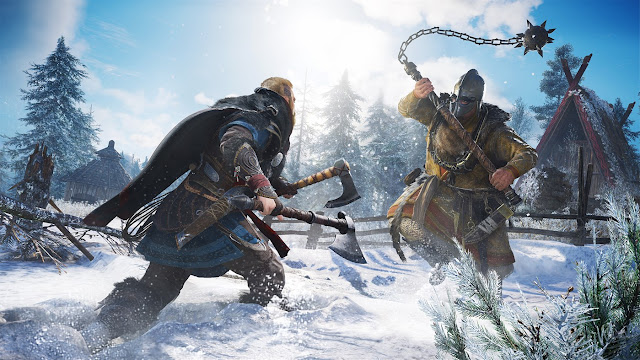 Rocksteady's acclaimed Batman Arkham trilogy, which conveniently forgets about the existence of sister studio WB Montreal's Batman game, started in 2009 and ended in 2015. The Batman: Arkham Collection consists of all three entries from the British studio, and is on sale for $11.99 with 80% off. The collection includes Batman: Arkham Asylum, Batman: Arkham City, and Batman: Arkham Knight.

Swedish studio Experiment 101's debut title Biomutant is 20% off, dropping its price down to $47.99.

Bioshock 1 and Bioshock 2 are videogame classics, combining first-person shooting with immersive gameplay to tell a riveting and deep narrative. Both games are on sale for $14.99 with 25% off.

Legendary game developer Koji Igarashi is most well known for his work on the Castlevania series. Bloodstained: Ritual of the Night, his 2019 spiritual successor to the series he once worked on and led, is 50% off at $19.99.

Looting, shooting, and bad jokes, all baked into a wonderfully unique artstyle? Gearbox's Borderlands 3 is a solid 67% off. It now costs $19.79. The game's season pass is also on sale for $16.49 with 67% off. It includes 4 campaign DLC packs that bring new stories, missions, and challenges to the game. 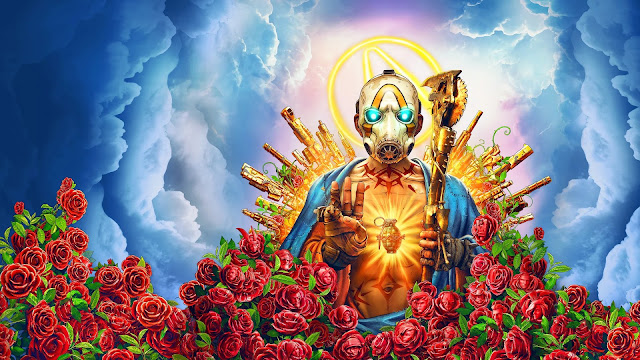 PS5 launch title Bugsnax, a game about food and bugs that's actually much more than just that, gets a 25% discount, dropping its price down to $18.74.

Catherine: Full Body is a re-release of the 2011 game from Atlus, the studio behind the long-running Persona franchise. The game is $19.99 with 50% off.

The recently released Chivalry 2 is a first-person medieval slasher where you face off against hordes of other online players. The game is 20% off at $31.99.

Remedy's 2019 otherworldly game Control: Ultimate Edition, which passed the 2 million units sold mark last year, is $19.99 with 50% off. The Ultimate Edition includes the base game and its 2 expansions, the second of which ties in Control's universe to the one in the Alan Wake games.

Crash Bandicoot 4: It's About Time came out last year and, counting the recent remasters, is actually the 20th game in the series. The tough but charming 3d platformer is 40% off at $35.99.

In other marsupial news, the Crash Bandicoot- Quadrilogy Bundle is 45% off at $49.99 and includes the N'Sane Trilogy and Crash 4.

Furthermore, the Crash Bandicoot- Crashiversary Bundle is 50% off at $59.99 and includes the N'Sane Trilogy, Crash 4, and Crash Team Racing Nitro-Fueled.

Bend Studio's 2019 zombie open-world biker shooter has had an interesting year so far. Reports earlier in the year told us that Sony had reportedly rejected a pitch for the game's sequel, but at the same time, the game received a fresh dose of life when it got ported to PC in May. While the future of Days Gone seems days gone, as developer Bend Studio has started work on a new IP, the game is currently a good 40% off at $23.99. 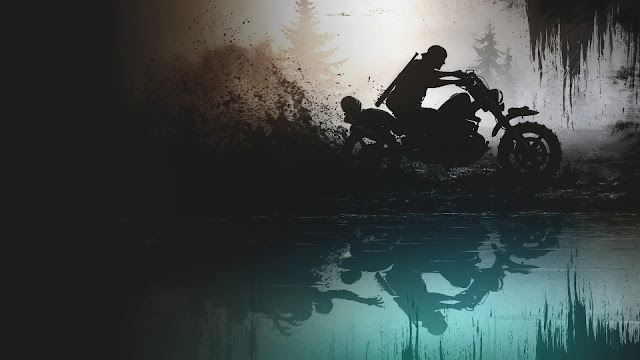 Asynchronous PVP game Dead by Daylight is 50% off, dropping its price down to $14.99.

Quantic Dream's android dystopia came out in 2018 to much delight of fans. Detroit: Become Human Deluxe Edition is 40% off at $17.99, cutting this edition's price to $2 less than the standard edition. This edition includes the base game, a digital artbook, and a bunch of PS4 themes and avatars. In addition, this edition also comes with Heavy Rain: a 2010 game from the same developer. That's essentially two games for slightly less than the price of one.

Arguably the best received annual sports game franchise from both fans and critics alike, Codemasters' F1 2021 is $44.99 with 25% off.

Sony Santa Monica Studio really outdid themselves with 2018's reboot of the long-running God of War franchise. Visceral combat and a gorgeous world sat beneath a deep and emotional narrative about self-growth, with an ending that cleared the story up just enough but left fans drooling for what's next to come. God of War Digital Deluxe Edition is 40% off at $17.99.

The second best selling game of all time, Grand Theft Auto V, sees its Premium Edition go on sale. GTA V Premium Edition comes with the base game, GTA Online, and a starter pack for the online experience.

IO Interactive have really built up their name as one of the top dogs in the 3rd party space. After splitting from SquareEnix post-2016's Hitman, and walking away from WB Interactive following a one-off deal that saw them publish Hitman 2, IO Interactive have gone the route of self-publishing with the final entry in their modern trilogy. 2021's Hitman 3 is $35.99 with 40% off. 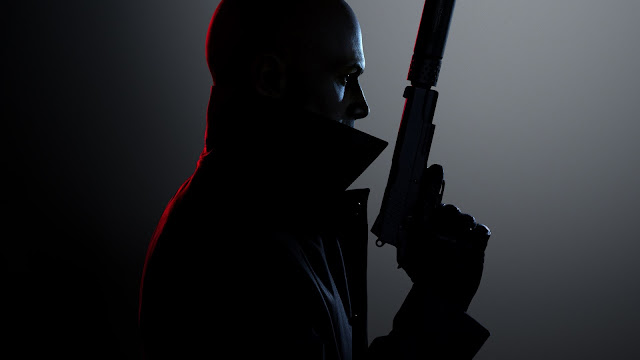 NetherRealm's popular DC fighter, Injustice 2- Legendary Edition, is 75% off at $14.99. The Legendary Edition includes the base game and all 10 DLC characters. This discount drops the game's price below its standard edition.

If you wanna romp around a large sandbox open-world and blow stuff up, look no further than Just Cause 4- Complete Edition. It includes the base game, its 3 expansion packs, a bunch of gear sets, and is on sale for $13.99 with 80% off.

Lord of the Rings action-adventure Middle-earth: Shadow of Mordor- Game of the Year Edition is 75% off at $4.99. This edition includes additional missions and content.

Capcom's Monster Hunter World was one of the best games of 2018, along with its ginormous Iceborn expansion that came out the following year. Monster Hunter World: Iceborne Master Edition includes the base game and the Iceborne expansion. It sees a 25% discount,  dropping the price down to $29.99.

No one expected a cute co-op 3d platformer to land with such an impact, but that's exactly what Josef Fares and his team at Hazelight Studios did with It Takes Two. The platformer, which can only be played in co-op, explores themes of divorce and love, with superb gameplay that focuses on collaboration and cooperation between the two players. The game is $29.99 with 25% off and can be played in online co-op with someone who doesn't own the game, or through local couch co-op. 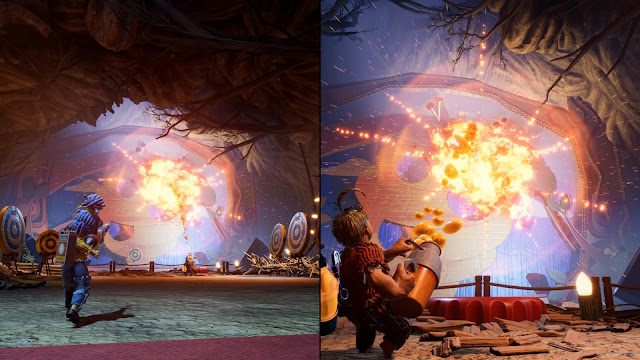 Another one of NetherRealm's fighting games, 2019's Mortal Kombal 11 Ultimate, is $23.99 with 60% off. This Ultimate Edition includes the base game, its story expansion, and a bunch of skins, weapons, and gear.

Based in the Warhammer universe, fast and frantic first-person shooter Necromunda Hired Gun is 25% off at $29.99.

No Man's Sky has been through a glorious redemption arc since its disastrous launch back in 2016. With new updates and mechanics being added at a steady pace, the game looks to have found its footing and set its sights on the future. The game is $29.99 with 40% off.

Heralded as one of the best JRPGs of the last decade, or even of all time, the stylish Persona 5 Royale Deluxe Edition is 60% off at $27.99. This edition of 2020's Royale re-release comes packed with the base game and a cosmetic costume set.

Rockstar Games' 2018 open-world wild west cowboy adventure Red Dead Redemption 2 is $24.99 with 59% off. The game's online mode, aptly titled Red Dead Online, which is also packed into the normal edition, is available to purchase separately for $9.99 with 50% off. 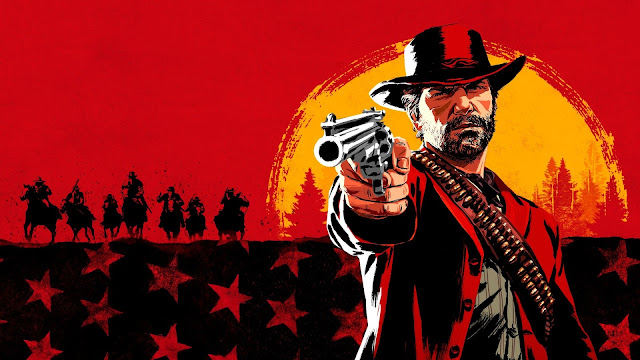 Based on the events of Order 66, Respawn's Star Wars Jedi: Fallen Order Deluxe Edition is $24.99 with 50% off. This edition includes the base game, a digital artbook, and cosmetic skins to use in-game.

The extremely popular sandbox game Terraria is on sale for $9.99 with a 50% discount.

Post-apocalyptic looter shooter The Division 2 is 70% off at $8.99, while its Ultimate Edition, which comes with the Warlords of New York expansion, is $23.99 with 70% off.

NaughtyDog's 2020 blockbuster The Last of Us Part II Digital Deluxe Edition is 25% off at $37.49. It comes with the base game, a dynamic PS4 theme, a digital artbook, a digital soundtrack, and six PSN avatars. 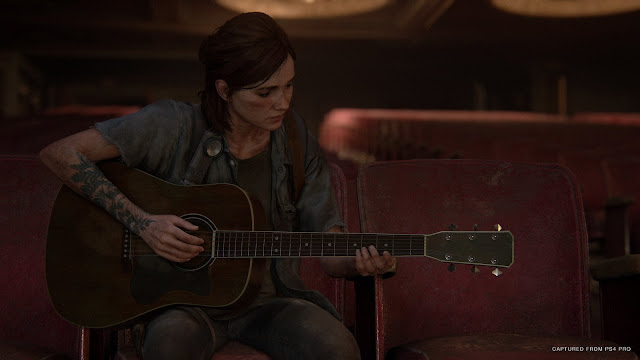 In one last hooray for Vicarious Visions, before they got folded into Blizzard, Tony Hawk's Pro Skater 1+2 came out last year to great reception. The game is currently 40% off at $23.99.

The excellent narratively driven 3rd person shooter Uncharted 4: A Thief's End, and series spin-off Uncharted: The Lost Legacy, are both a solid 50% off at $9.99 apiece. An absolute bargain for games of this quality.

Watch Dogs: Legion Gold Edition is 67% off at $32.99 and comes with the base game, its season pass, some additional content, and even the original Watch Dogs game.

The Yakuza Origins Digital Bundle is $24.99 with 50% off and includes Yakuza 0, Yakuza Kiwami, and Yakuza Kiwami 2. The Kiwami titles are essentially remasters of the first two games in the series.

The Yakuza Remastered Collection is $27.99 with 30% off and includes the remastered versions of Yakuza 3, 4, and 5

2020's Yakuza: Like A Dragon saw the series shift from action brawler to turn-based RPG, while still maintaining the flair and style of a Yakuza game. The game's Hero Edition is 40% off at $41.99. It includes the base game and additional content.

Those are just some of the many games available in the Essential Picks sale that runs until the 15th of September.

For a complete list of games, head over to the official PlayStation Blog, and for your local prices, check out the PlayStation Store.