August falls in an odd place in the videogame industry. The traditional slow start to each year has gone by, and as the months leading up to E3 rolled by, the big games starting coming out. Earlier this year, we saw Returnal, Resident Evil Village, and Mass Effect Legendary Edition all launch within a fortnight. June was no slouch either, dishing out the return of E3, alongside some major titles.
On the other hand, the buzz of the fall and holiday season is still some time away. Coveted release windows like the first two weeks of November slowly start filling up, as publishers push through hail and snow to be able to get their games out a decent amount of time before Black Friday.
With such an oddly placed spot on the calendar, August doesn't see a lot of sunshine in the form of big releases. And while August 2021 is by no means excellent in terms of its roster of upcoming games, it's certainly a sign of more things to come later this year

So, what's coming to the world of videogames in August this year? 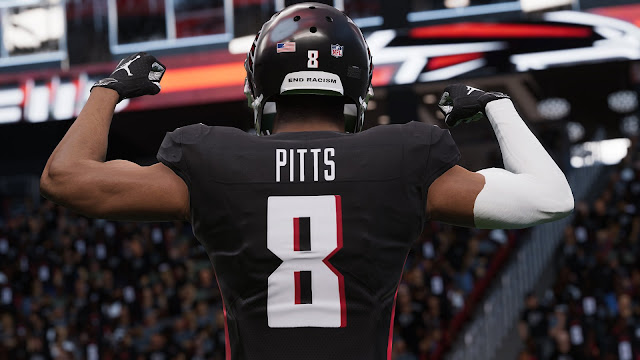 The latest entry into EA Sport's annualized franchise is objectively the biggest game this month, from sales numbers of past entries to the franchise's widespread popularity. Madden NFL 22 is a sports game based on American Football and developed by EA Tiburon.
Brand new additions in Madden's 2022 entry include 'Franchise' mode, where 'you are in charge of literally everything.' In this new game mode, the player will be able to 'dish out staff points to upgrade your coaching crew, dominate with weekly strategy and counter your opponent's strengths. Also new to this title is something that EA tout as "dynamic gameday". In this episode of marketing speak, the mechanic aims to deliver the smartest gameplay experience, powered by real-world data and built to emulate player and team tendencies.
The game's cover features Kansas City Chief's quarterback Patrick Mahomes and Tampa Bay Buccaneers quarterback Tom Brady. It is set to release on the 20th of August for the PS4, PS5, Xbox One, Xbox Series X|S, PC, and Stadia. 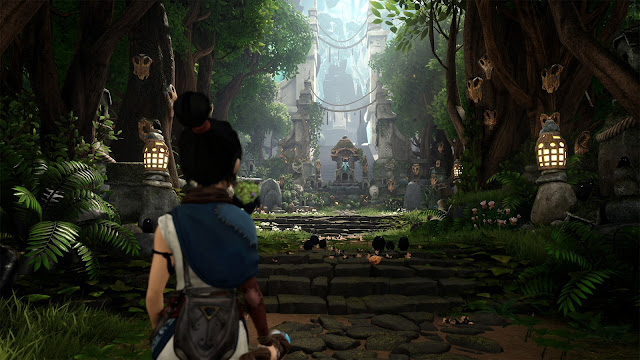 For how relatively under the radar it seems to be, Kena: Bridge of Spirits is shaping up to be one of August's most exciting games. Developed by Ember Lab, a 14 person independent team in Los Angeles, USA, the game was revealed at June 2020's PS5 Future of Gaming event. The studio was founded in 2009 by brothers Mike and Josh Grier, and has a history in animation, having been contracted for companies such as The Coca-Cola Company and MLB.
The game is a third-person action-adventure title, in which 'Kena, a young Spirit Guide, travels to an abandoned village in search of the sacred mountain shrine' as 'she struggles to uncover the secrets of this forgotten community hidden in an overgrown forest where wandering spirits are trapped.' While Ember Lab was attempting to pitch the game to various publishers during the game's production, Sony swooped in and picked it up as a timed console exclusive.
Seamlessly blending action and narrative, along with splendid-looking visuals, Ember Lab's debut outing in the videogame space is set to take the world by storm. The game comes out on the 24th of August for PS4, PS5, and PC through the Epic Games Store. However, by nature of the game's contract, it is possible and probable that it will eventually find its way onto Xbox systems too. 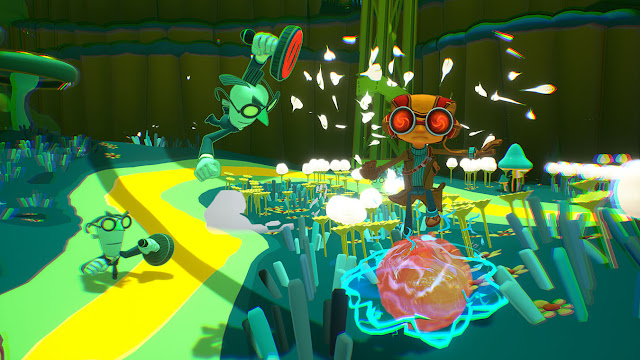 From the brilliant mind of Tim Schafer and the talented team at Double Fine Productions comes the much anticipated Psychonauts 2, a sequel to the beloved debut of the series that began in 2005. To generate enough budget to developed this game, Double Fine went in the direction of crowdfunding. By 2016, the studio raised around 4 million USD through their campaign on a crowdfunding site known as Fig.
The game is a third-person platformer with light action elements. The player will continue Raz's story following the events of the first Psychonauts game. Double Fine chose to use Unreal Engine 4 for the game's development to help lower costs. In an interview with gamesindustry.biz earlier this year, Double Fine boss Tim Schafer explained that at a point during the game's development, the budget looked like it wouldn't be sufficient for everyone that was planned in the game, forcing the developers to remove stuff from the game, including even boss fights.
However, in 2019, Microsoft acquired Double Fine Productions, adding them to the evergrowing slate of Xbox's first-party teams. Microsoft also paid 13.2 million dollars to publisher Starbreeze to acquire rights to the game. Starbreeze had previously invested in Psychonauts 2 and was serving as the publisher for the game. The funding brought in by titan Microsoft helped secure the future of Double Fine and the development of Psychonauts 2.
Psychonauts 2 is scheduled to release on the 25th of August for PS4, Xbox One, Xbox Series X|S, and PC. The game is coming to Xbox Game Pass on day 1. Interestingly enough, the game is finding its way onto PlayStation platforms even after the studio is now owned by rival Microsoft and Xbox. This is due to prior commitments to the game's backers on Fig. You can also play the game on PS5 through backward compatibility. 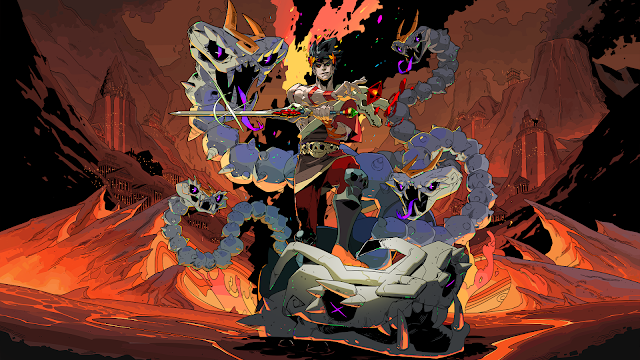 Counterplay Games and Gearbox's failed PS5 launch title Godfall finds its way onto PS4 this month. The game's last-gen version releases on August 10th.
Skatebird is an upcoming indie game where you play as a skateboarding bird. The game is developed and published by the Seattle based Glass Bottom Games. The game skates into our lives on August 12th for the Xbox One, Nintendo Switch, and PC.
Hades was one of 2020's surprise hits, gaining immense critical and commercial success, even winning multiple Game of the Year awards. Supergiant Games' rouge-like title launched only on PC and the Nintendo Switch last year, but during E3 2021, it was announced for other platforms. The game launches on August 13th for the PS4, PS5, Xbox One, and Xbox Series X|S. It is also a day 1 Xbox Game Pass title.
12 Minutes is yet another promising game from indie publisher Annapurna Entertainment. The adventure game is developed by Luis Antonio and centres around preventing your wife's death on a 12-minute loop. The game comes out on the 19th of August for Xbox One, Xbox Series X|S, and PC. The game comes to Xbox Game Pass on day 1.
Ghost of Tsushima Director's Cut also comes out this month. The Director's Cut of one of 2020's best games comes with a new piece of DLC in the form of the Iki Island expansion, along with a digital artbook, and Director's commentary. The PS5 version gets higher framerates and resolution, as well as haptic feedback, 3d audio, and Japanese lip-sync. It comes out on August 20th for the PS4 and PS5.
Developed by Cold Iron Studios and published by Focus Home Interactive, Aliens: Fireteam Elite is a co-op third-person shooter based on the second Alien film. The game fires off on August 24th for the PS4, PS5, Xbox One, Xbox Series X|S, and PC.
The native PS5 version of Sniper Ghost Warrior Contracts 2 also releases on August 24th after being delayed from the game's launch back in June due to technical issues during development.
The Legend of Heroes: Trails Into Reverie is a JRPG from Nihon Falcom, and is a direct sequel to the Trails of Coldsteel sub-series. It was released on Japanese PS4s in August 2020. The game is set to come to the Nintendo Switch and PC in Japan on August 26th.
Amazon Game Studios' MMO The New World launches on the 31st of August for PC. The game was originally set to come out in 2020 but was delayed to the aforementioned date.
And that's a round-up for the biggest videogames releasing in August 2021. Which game are you most looking forward to next month? Sound off in the comments below. And for a more comprehensive list of all videogames coming out this month, go to: https://en.wikipedia.org/wiki/2021_in_video_games.
Labels: Biggest Videogames Releasing This Month Features
Nandan Patil
Just a guy writing about video games. Also on Medium at platyview.medium.com.