Why Levelling Up In The Outer Worlds Feels So Good

The words, 'Level Up!' are synonymous with videogames, with or without the exclamation mark. While largely at home in RPGs, the system has found its place in videogames of all shapes and sizes, from traditional turn-based role-playing games to western first-person shooter RPGs to action-adventure games like Spider-Man and Ghost of Tsushima. Not to be mistaken with the level system that pertains to stages or chapters of a game, the level system that I will be talking about today is the one that indicates the character's growth and progression throughout the game, which is represented through stat boosts or new upgrades.

In The Outer Worlds, a very much a stat-based RPG, levelling up is a key part of the gameplay loop. As is with most level systems, the gaining of experience points (XP) leads to an increase in level. When the player or character in question gains a predetermined amount of XP, which usually increases as the game goes on, the act of levelling up takes place. 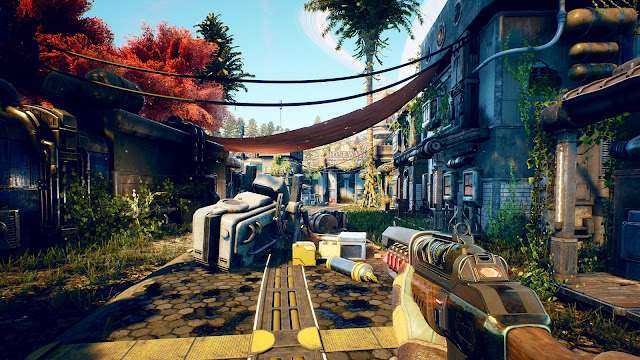 XP can be gained by doing almost anything in The Outer Worlds. Killing enemies will net you some amounts of XP. By actively using your companions during battle and activating their special abilities, you can gain even more XP since XP is also generated from the enemies that they kill.

Conversing with NPCs is a key part of The Outer Worlds and passing skill checks during dialogue will provide you with XP. These skill checks are, but not limited to persuading, lying, intimidating, and using your proficiency in fields like science and engineering to get through conversations.

Another way to gain XP and close the gap to the next level is through exploration. Discovering new areas, town, cities, and outposts can give you valuable XP. This is great since it doesn't require any active thought and instead can be just done by playing the game.

The last and most conventional method to gain XP is just by partaking in and completing main and side quests. Doing story missions from the main mission will obviously gain you more XP but side quests, tasks, and errands for various NPCs will also give you respectable amounts of XP. 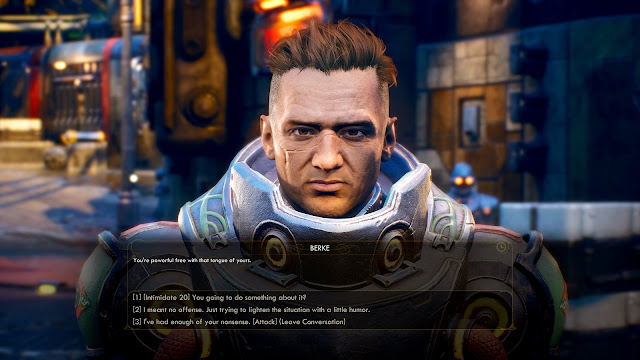 The first reason why levelling up in The Outer Worlds feels so good is due to the rewards that you get when you level up. The Outer Worlds has an extensive skill list, not a skill tree. These skills are grouped under Melee, Ranged, Defence, Dialogue, Stealth, Tech, and Leadership. They all have two to three skills underneath them. Up until an individual skill has reached 50, the player invests their skill points into the larger categories. After passing 50 skill, the points have to be invested into an individual skill.

Upon levelling up in The Outer Worlds, you receive 10 skill points to use on your character. You are free to use them however you choose to and are never locked or forced into building a certain type of character and playing in a certain way.

At the start of the game, you end up investing your skill points into the larger categories as a whole because none of your individual skills is over 50. This gives the feeling of quicker and at the same time growth on a larger scale since two or three skills are being developed at the same time.

Towards the later parts of the game, you are made to invest in individual skills since most of them would have passed 50 by this point. This ensures that the player can expertise in a certain skill and style of play to suit their needs, while still providing them with enough power and potential in other styles of play since most skills are already substantially increased.

Levelling up in The Outer Worlds also provides you with perk points. Perks are more tangible upgrades while still being stat based. Your numerical increases in skill won't be immediately noticed out in the game world, but perks like 20% faster walking speed and 50% more headshot damage will be.

Skills are still essential to gameplay but perks provide a more direct and noticeable improvement, giving the player more satisfaction upon levelling up and investing these points.

The second reason is to do with the rate at which you level up in The Outer Worlds. While playing the game for the first time and as long as you actually interact with the world, you never go too long without levelling up. In the early parts of the game, you level up pretty quickly meaning that you get to develop and grow your character without having to first dump a lot of time into the game.

The rate of levelling up levels down and smooths out in the middle parts of the game. It is still consistent but nowhere near as rapid as the early hours. The cycle continues towards the end of the game. In the final planet that you visit in the game's main story, I am pretty sure I at least levelled up three times, all of which were during the same main story mission. This helps add to the intensity of the situation at hand by dishing out upgrades for the player to gain while on a beeline to the end of the game.

The final reason may seem stupid at first, but I am sure that everyone who has played the game will agree with me. The sound effects and music that play when you level up are amazing. The sound picks up almost instantaneously, in one of the loudest noises known to man, and then settles into the ever familiar chime you will come to hear a lot during the game.

The tune is so uplifting and striking, that I ended up looking forward to it every time I got closer to the next level. My only complaint would be how it just falls flat at the end, leaving much to be desired. Don't believe how good it is? Give it a listen yourself. 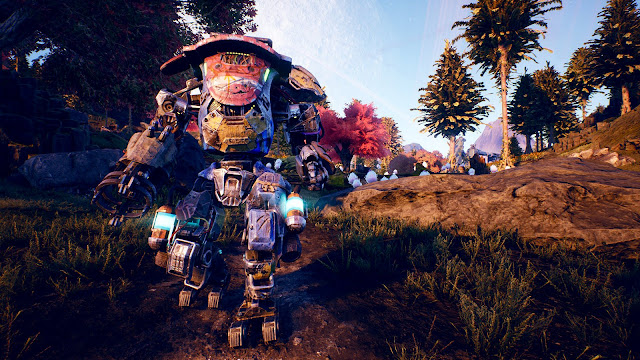 The Outer Worlds is a great role-playing game, with a lot of charm beneath its complex systematic and mechanical face. The game also manages to streamline and make enjoyable the process of levelling up. The rewards are tangible and noticeable, perfectly paced throughout the duration of the game, providing the player with a lot to look forward to every time they level up.

And yeah, that level up tune is absolutely incredible!