Ratchet & Clank: Rift Apart is Sony's first and for some time moving forward, only first-party exclusive for the new PlayStation 5. The third-person action platformer is being developed by Insomniac Games, which was acquired by Sony in 2019 after a long relationship spanning many years and multiple franchises.
The game is the sixteenth entry in the series as a whole, and is the second title in the franchise's reboot, which began with 2016's Ratchet & Clank for PS4, a remake of the original game from 2002.
Rift Apart was announced on 12th June 2020 in Sony's The Future Of Gaming Show, in which the PS5 was also officially revealed to the public. The game is set to release on 11th June 2021 to much fanfare and excitement.
As of June 8th at 7 AM PST / 10 AM ET / 2 PM GMT / 4 PM CEST/ 7:30 PM IST / 11 PM JST, the game's review embargo has lifted which means that Ratchet & Clank: Rift Apart reviews are now out in the wild. Here is how the game stacks up... 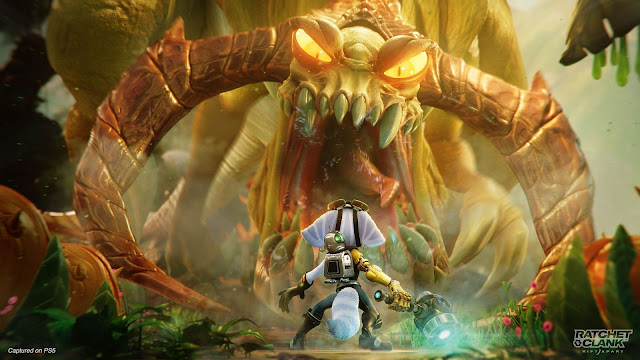 IGN awarded the game an 'amazing' 9/10, with reviewer Jonathon Dornbush saying that,
"Ratchet and Clank: Rift Apart is a fantastic PS5 exclusive showpiece for the console’s power, and a delightful adventure in its own right."
Steve Watts from GameSpot gave the game a 9/10, and said,
"Ratchet & Clank: Rift Apart looks and plays better than ever thanks to new-generation hardware, but it's still the same lovable, goofy series at heart."
GameInformer's Andrew Reiner handed the game a 9/10, saying that,
"Insomniac Games' latest sequel roars with excitement and shows us what PlayStation 5 is capable of."
VideoGamesChronicle and its reviewer Christopher Dring gave the game a 4/5, saying,
"A true showcase of the PS5 and its DualSense controller. Ratchet & Clank has never felt so good."
Eurogamer, a website that doesn't use a numerical scoring system for its reviews stamped the game with a 'Recommended'. Reviewer Chris Tapsell stated that,
"With Ratchet and Clank: Rift Apart, Sony's charmers-in-chief deliver another lesson in laid-back, unpretentious fun."
John Walker on Kotaku, another website that doesn't do review scores, said that,
"Rift Apart is, beyond doubt, a fabulous game. Yet, the further I got, the more it nagged at me just how little this series has advanced in 19 years," and that "if there’s another Ratchet & Clank to come, it’s going to have to make some significant changes, because this might be the last time it can be repeated through its charisma alone."
Destructoid's Chris Walker honoured the game with a 'superb' 9/10, saying that,
"Ratchet & Clank: Rift Apart isn’t afraid to revel in its mascot-platformer roots, but it manages to knock so many of its competitors completely out of the water," and "while it’s uneven at times, it’ll suck you into the universe of Ratchet & Clank all over again."
PushSquare gave the game a 'great' 8/10, with reviewer Sammy Barker explaining that,
"Ratchet & Clank: Rift Apart is the best game in the series since Ratchet & Clank: A Crack in Time, which franchise fans will recognise as high praise." and that "it’s not a particularly challenging platformer, nor is it necessarily all that original – but it doesn’t need to be. This is one of those games that’s just really, really good."
Michael Huber at Easy Allies gave the game an 8.5/10, with their written review stating that,
"Ratchet & Clank: Rift Apart is an exceptional entry in the storied franchise. It doesn’t reinvent the series, but instead uses Insomniac's decades of experience to create a familiar and refined take on the universe." and calling it a "must-play summer blockbuster".
Over on the YouTube and video review scene, notable reviewer SkillUp gave the game a 'strongly recommend', saying that,
"Ratchet and Clank: Rift Apart is a stunning tour de force for both Insomniac and the Playstation 5" and "It doesn't hurt that the game is pretty damn fun as well."
In addition, YouTuber and reviewer ACG gave the game a 'Buy' rating on his famous 'Buy, Wait For Sale, Rent, or Never Touch' scale. 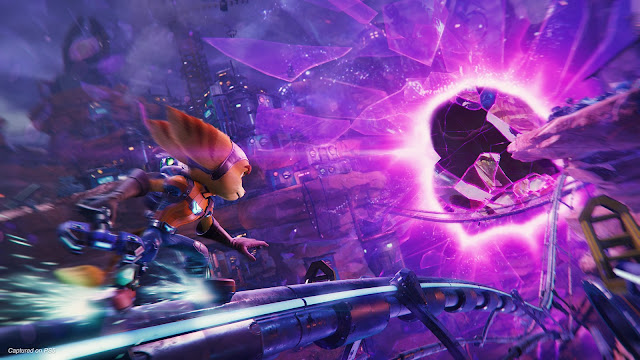 The game sits at a "generally favourable" 89/100 Metascore on Metacritic as of the time of writing. User scores on Metacritic are only allowed to be posted a few days after the game's launch, so there is no indication about the fan and general gamer reception for the title.
From reviews so far, the game seems to be good and more Ratchet & Clank, which is sure to please fans of the action-platforming franchise. While generally criticized due to its lack of inventiveness over previous entries in the franchise, the game looks to be holding solid due to its enjoyable gameplay. Insomniac's hot streak of great games looks to be continuing.
Ratchet & Clank: Rift Apart is set to launch on Friday 11th June 2021, exclusively for the PlayStation 5.
Labels: News Ratchet & Clank: Rift Apart
Nandan Patil
Just a guy writing about video games. Also on Medium at platyview.medium.com.